Tag: The Targum of Onkelos

By Netzari Emunah Worldwide on 3 Oct 2015

Next read in the Diaspora on 22 August 2015. Parashat Shoftim is the 48th weekly Torah portion in the annual Jewish cycle of Torah reading.  Shoftim 18 Judges and officers shalt thou appoint to thee in all thy cities which the Lord thy God will give thee throughout thy […]

9 THINGS YOU SHOULD KNOW ABOUT RABBINIC JUDAISM

By Netzari Emunah Worldwide on 7 Aug 2015

Aside from knowing that we share some of the same religious texts, most Christians today are completely unfamiliar with the “modern” forms of Judaism (forms that go back almost 2,000 years). To close a small portion of the knowledge gap about our religious Jewish neighbors, here are nine […]

By Netzari Emunah Worldwide on 5 Aug 2015

Moses assured the Israelites that God will give them the conquest of Canaan. He warned them three times lest they presume that their righteousness provided sufficient merit for their success. Moses had already told them that their future success would be guaranteed “because” of their obedience to the […]

Preparing Before Reading the Torah

LET’S STUDY ONKELOS A Guide for Rabbis, Teachers and Torah Students to Study and Teach the Parashat Hashavua through the Eyes of its Most Important TranslatorBy Stanley M. Wagner and Israel DrazinBased on the five volume, Onkelos on the Torah (Genesis-Deuteronomy), Understanding the Bible Text, by Israel Drazin […] 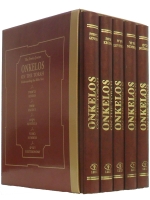 NUMBERS 13 (ONKELOS) — 1 And the Lord spake with Mosheh, saying: 2 Send thou men, that they may explore the land of Kenaan, which I will give to the children of Israel: one man for each tribe of their fathers shall you send, each one a ruler […]

Next read in the Diaspora on 30 May 2015. Parashat Nasso is the 35th weekly Torah portion in the annual Jewish cycle of Torah reading.NASO21 And the Lord spake with Mosheh, saying: 22 Take the account of the sons of Gershon also, after the house of their fathers, […]

We need to Do More to reach out to this Generations Religious identification in the U.S. has been ​dropping​ over the last few generations. And while there are no solid numbers regarding Gen Z’s religiousness at this point, Pew Research ​found that more than a third of young Millennials in the U.S. identify as having no religion. Despite that trend, Gen Z respondents showed a belief that it’s important to be spiritually fulfilled and an interest in looking for guidance. 60% said they are searching for spirituality outside of organized religion, while 87% said that taking care of their soul is important to them.