<“The Torah scholar should not scream and cry out when he speaks — as animals. He should not raise his voice excessively. Rather, his speech should be gentle with all people (lit., ‘all creations’). When he speaks gently, he should be careful that he not distance himself until [his speech] resembles that of the arrogant.

“He should also be the first to greet all others so that their spirits will be pleased with him. He should judge all people favorably. He should speak positively about his fellow and not discuss his faults at all. He should love peace and pursue it.”

The Rambam continues this week to discuss the more refined behavior appropriate for the Torah scholar.

The Rambam begins by advising that the scholar not yell or raise his voice, but speak gently with all people. Of course this is sage advice for us all, but I feel there is a special relevance to the Torah scholar. The scholar is one who has a heightened sense of right and wrong. He understands G-d’s will better than the rest of us and recognizes the gravity of man’s behavior in this world. He takes it all quite seriously — and so will be particularly appalled and enraged when he sees others just not caring.

Thus, the Torah scholar sometimes appears the angry sort. He is passionate about truth and values — and correspondingly incensed at those who go through life in a stupor, as if there is nothing to strive for and no goals to aspire to. The Sages state in Pirkei Avos (2:15), “Warm yourself before the fire of the Sages. But be wary with their coals that you not get burnt, for their bite is the bite of a fox, their sting is the sting of a scorpion, their hiss is the hiss of a serpent, and all their words are like fiery coals” (http://www.torah.org/learning/pirkei-avos/chapter2-15d.html). The Sages are portrayed as surprisingly fierce and vicious. Yet this comes part and parcel with any real understand of G-d’s wisdom and His purpose for mankind. It is impossible to truly know G-d and to kind of just smile and pretend not to notice all the evil and indifference about.

I know personally that I’ve had more than one past teacher / rabbi who had, shall we say, mighty powerful voices — ones which they used full-volume when they were riled up. We were of course terrified of such people — that one day their invective would be directed at us — even though personally they were all great, honorable and caring human beings. Yet still, they were capable of what I thought at the time were such angry, uncontrolled outbursts. It took me quite a while to recognize that such outbursts stemmed from a love of and passion for truth and Torah — and faith in mankind — rather than a furious contempt for imperfection.

Another example of such a phenomenon is the arguments which occasionally occur in the study halls of yeshivas (rabbinical academies). Sometimes, in the course of studying the Talmud (typically in pairs), the students will enter into heated debate as to the meaning of the Talmud or its commentators. And their volume and intensity are often surprising to those who are unfamiliar with the Talmudic style of study, who are accustomed to the formal silence of the library. Yet here too, students become passionate about truth and properly understanding G-d’s word, and become intent on articulating their own perspective on truth.

(There are of course exceptions. Sometimes the untrained student will be too busy trying to prove he’s right to actually pay attention to what others are saying. Often the rule is that the louder one shouts the less he actually has to say. But oftentimes it is actually the Torah’s wisdom and the striving for truth which riles up the students so.)

And so, the Rambam here advises that the Torah scholar train himself to speak gently — to be affable and kindly towards all — though few can live up to his own demanding standards of behavior. The scholar must live with a dual standard — holding himself up to his own exacting standards of truth, yet being patient and forgiving of the foibles of others. And it’s a difficult balancing act. The sage cannot be so lenient with others that he becomes lax himself, yet he must not apply his own standards of truth to others in measures they can never handle.

On top of this, continues the Rambam, the scholar must not speak so impassively that his speech appears affected to others. Since in a way the scholar really is forcing himself — to speak gently when he actually feels much more passionately, his speech may be appear artificial, what the Rambam refers to as the speech of the arrogant — who don’t even feign interest in the rest of us. Others may recognize this and stay away from him all the same. Thus, says the Rambam, the scholar must train himself — to truly love others and accept them for whom they are — in spite of the much harsher view he takes of his own divine service.

The Rambam then continues that the scholar must be the first to greet others, he must judge them favorably, and he must speak only positively of them. This too would seem to be advice applicable to all. Yet, perhaps again it has special relevance to the Torah scholar. After urging the scholar to adopt a dual standard, the Rambam instructs him how to get there. If the scholar trains himself to value and regard others — seeing the positive in them, making a point of offering them his greeting — he will slowly recognize himself that all human beings are valuable and deserving of respect, even if few can stand up to his own personal standards of greatness.

I once read of an incident in which someone overheard a great rabbi (I can’t recall who) really chewing out somebody in his office. The fellow couldn’t resist the temptation of taking just a peek who this vile sinner was who deserved such a severe berating. He peered in and saw that the rabbi was standing there by himself.

Personal introspection and criticism is a matter between man and himself. We *should* at times view ourselves harshly, not being forgiving of our own shortcomings. But towards others we must be far more generous. As the Rambam advised, we must judge them favorably, according to what they are capable of, not by our own demanding standards.

I once heard R. Berel Wein quote I believe his father-in-law, a veteran rabbi of many years, that to be a rabbi one must be deaf, blind, and half the time mute. If you notice and are bothered by everything out of line, you won’t be able to live with yourself — nor will anyone else be able to live with you. Of course, the rabbi’s mission is to raise the spiritual standing of his congregation. But if you want to raise people, you must first truly and honestly love them and believe in them. Only then can you hope to both be the role-model you must for others while slowly and lovingly raising them to true greatness. 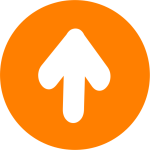