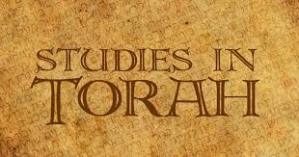 Note: The Shabbos Torah Reading is divided into 7 sections. Each section is called an Aliya [literally: Go up] since for each Aliya, one person “goes up” to make a bracha [blessing] on the Torah Reading.

1st Aliya: Parshas BeHar begins with the laws of Shemitah and Yovel. The land lay fallow every 7th year, and after the 49th year, (7×7) it lay fallow a 2nd year for the 50th as well.

2nd Aliya: Hashem (G-d) promises (25:21-22) that He will provide for the nation, regardless of the land being fallow. No one will go hungry. The return, at Yovel, of all hereditary lands to their original owners is commanded.

3rd Aliya: The difference between the sale of a property in a walled city vs. an unwalled city is established. Continuing the theme of providing and dependency, we are commanded to provide for our impoverished brethren. Just as Hashem provides for us, we must provide for each other.

4th Aliya: The freeing of all Jewish slaves at the Yovel is detailed. The Torah discusses redeeming a Jewish slave from a non-Jewish owner, and the formula for how much to pay the non-Jewish master. We begin reading BeChukosai. The opening verses describe the wondrous successes awaiting the nation, so long as they follow Hashem’s Mitzvos.

5th Aliya: This Aliya is called the Tocheche – The Rebuke. It is a lengthy description of the terrible punishments awaiting the nation, if they do not follow the Torah. It is customary for the Baal Koreh (Reader) to have this Aliya, and to read it faster and more quietly than the rest of the Parsha.

6th Aliya: The established prices for endowments of individual worth, or that of an animal, are listed.

7th Aliya: The final portion deals with endowments of property to the Bais Hamikdash.

Yirmiyahu’s words ring with the same urgency and fear as the Tochacha itself. Yirmiyahu was the Navi who beseeched his people to repent before the impending destruction and exile of the nation. He decried the delusions of those who used their ill begotten wealth to serve idols and foreign ideologies. They denied the benevolence of G-d and were destined to go into exile.

The acquisition of wealth through illegal means is a denial of G-d’s ability to provide and protect. He who trusts in man for his strength and future is destined to be betrayed. He will be as a lone tree in the wilderness (17:6) bereft of protection or support. On the other hand, he who trusts in G-d will be blessed and secured.

Reemphasizing the message of Sefer Vayikra, Yirmiyahu exhorts the nation to beg G-d for salvation and healing, and to trust His constant love and caring.