“Yossi ben Yo’ezer used to say: Let your house be a meeting place for the sages, cleave to the dust of their feet, and drink thirstily their words.”

“Ben (son of) Hai Hai said, according to the distress is the reward.”
Regarding ben Hai Hai’s unusual name (really nickname), see our discussion of last week.

This mishna is actually the final mishna of Pirkei Avos. There is an additional chapter we will begin G-d willing next week, but as we will explain, that chapter consists of addenda to the Mishna, later appended to Pirkei Avos.

Thus, we may note that the final words of Pirkei Avos — what we may call the Sages’ parting shot — is simple, almost folk wisdom. (As we’d put it, “No pain, no gain” — our mishna actually has a much nicer ring to it in Aramaic.)

The reason for this is a theme we have dwelt upon many times in the past. Pirkei Avos — in fact Judaism as a whole — tells us to be great and noble people, but the path to it consists of small, simple, common-sense steps. We are not told that true spirituality requires contemplating our navels or clarifying fine points of philosophical discourse — something other religions have in fact tied themselves into knots attempting to resolve. Nor does it involve living some isolated, unnaturally-holy existence.

Instead, Judaism leaves us with a much simpler — perhaps more profound — message: Be good; it’s hard work but try your best. The harder life seems to be, the more difficult the challenges, the greater the ultimate reward. The source of our strength — to carry us through the difficult days and years of our lives — does not lie in the mysteries of Kabbalah or in the unanswerable theological questions of life. It lies in simple faith and trust. G-d has a plan. He does not challenge us beyond our abilities. And the harder and more difficult our challenges appear to us, the more reward G-d has in store for us if we persevere. (Based in part on a thought heard from R. Berel Wein (http://www.rabbiwein.com/).)

The commentator Rashi observes that this mishna is written in Aramaic, as opposed to most of Pirkei Avos which is in Hebrew. Aramaic was the spoken language of that time. Rashi explains that our mishna was a common saying of the masses. Jews instinctively recognized this bit of common wisdom and applied it to their lives. And ben Hai Hai likewise recorded it for posterity.

The Talmud — and Yiddish for that matter — is replete with wise folk sayings and aphorisms. Some are based upon Scripture, while others simply reflect the collective wit and wisdom of the Jewish people, accumulated over years and generations of life, hardship and keen observation. It’s fascinating — as well as educating — observing how much of the Torah’s wisdom simply *makes sense* — and can even be coined and captured in bite-sized phrases.

And this is also an important litmus test of a religion. Any religion which forces upon us “strange” behavior — which tells us that all sorts of acts of cruelty and extremism will somehow earn us Heavenly favor — bears the burden of proof that it speaks with Divine authority (which of course it doesn’t). Judaism, however, preaches to us values which we know in our hearts are correct. King Solomon wrote, “Its (the Torah’s) ways are ways of pleasantness, and all its paths are peace” (Mishle 3:17). The Torah teaches age-old values, ones which conform to folk wisdom and common sense. And our G-d-given consciences lead us basically, if not perfectly, along that very same path.

Our mishna’s basic point — that G-d rewards according to effort — provides us with an important tool for understanding G-d’s value system. We often apply the wrong gauge when measuring human beings — and especially when comparing ourselves to others. We see people greater and wiser than ourselves and tend to assume they are naturally closer to G-d than we. Torah study is our greatest link to Heaven and the Hereafter; therefore, the more learned a person is, the more religious he appears, or the more strict his practices, the closer he must be to G-d.

This is often a fair way of judging people, but it is only fair. The Talmud (Pesachim 50a) records that Rav Yosef passed away briefly and was then revived. After his recovery, his father asked him what he saw during his brief journey Heavenwards. (We hear of various fantastic stories of after-death experiences. I can’t vouch for any of them — though many are plausible from the Jewish perspective while others are more outlandish. This one, however, comes right out of the Talmud.) Rav Yosef answered tersely: “I saw an upside-down world. I saw upper ones below and lower ones above.”

Rav Yosef perceived that people who were “uppers” in this world — who received all the honor and respect in this world — often occupied the lowest positions in the World to Come. The “lowers”, however, who were neither noticed nor regarded in this world, were granted what they truly deserved — for all to behold. Rav Yosef’s father answered him: “My son, you have seen a clear world.”

The message of this incident is significant, and although the world will continue to see and respect the superficial, it is something in which we may take comfort. We view and judge people in terms of apparent conviction and visible end results. But this says so little of true devotion and sacrifice. Torah study may come very easily to the born scholar with good schooling and superior IQ. It may, however, be much less precious to G-d than the little bit of Torah acquired by the late-starting beginner — who though perhaps expert in his own field, humbly begins at the bottom to study basic Judaism. G-d may actually consider the latter person the greater scholar.

Likewise, the religious-born individual, who may observe much but is hardly growing in his role, may be accomplishing far less than the beginner who resists the social pressure exerted by family and friends to keep a marginally kosher diet. (Such people often do not find themselves living in the heart of Brooklyn either. How often do I receive e-mails from folks living somewhere between Yenemsvelt and Hootin’ Holler (probably not too many of you recognize both those terms) 😉 , telling me how they’re trying their best to observe Sabbath and kosher under the circumstances. Now what could be *more* precious to G-d?)

In all such cases the world will view the one as a distinguished, fully observant Jew and the other a marginally-devoted second rater (lumped under the header “out-of-towner” by those residing in New York City). And let’s face it, the one with the longer beard and bigger title will undoubtedly receive the highest honors during synagogue services, while the other will wallow in anonymity.

The Sages, however, see a different picture. The Talmud writes that those who have sinned and repented reside in a higher place in Heaven than those fully righteous from the start (Brachos 34b). G-d does not look only at status and reputation (if He looks at them at all). He sees just how far each of us have climbed to become who we are. For only G-d knows — and treasures — the true worth of an individual’s effort and accomplishments. And that worth will only truly become known in the World to Come.

With this and with G-d’s help, we have completed the fifth chapter. 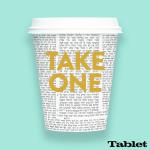